They Found Peace in the U.S. but Good Jobs Prove Elusive

Hundreds of educated and successful Turks decided to immigrate to the U.S. after political instability endangered their lifestyle at home in 2016. They wanted to raise their children away from conflict and thought that they could reestablish good careers in the U.S. What they didn’t know is how “malemployment” would affect them. Today, 60 percent of them are either without a job or underemployed and fear they won’t resume the quality of life they once had.

It’s hard to pull up stakes, especially when it means leaving behind established professions, good lives and loved ones. Yet, thousands of Turks felt they had no choice after their country descended into political chaos in 2016.

Those who emigrated to the U.S. with training and education hoped that with peace would also come prosperity. But the roadblocks they found are stifling their careers and depressing their earnings.“I was expecting to find at least ‘a’ job, but it’s been very difficult,” said a 50-year-old orthopedic surgeon who migrated to New York in 2018 with his wife, an internist, and children. (For privacy reasons, the names of newcomers are not published.)

The couple has work permits but can’t find employment and have been living off savings. Other Turks in their community aren’t better off. A former biomedical engineering with a Ph.D. drives for ride-hailing companies.

His wife taught high school math in Istanbul but is now unemployed.

They represent a microcosm of what happens not only to new diasporic communities but also to 29 percent of all U.S. immigrants with a college degree or higher, according to the Migration Policy Institute (MPI). Data from a 2016 MPI report indicated that many immigrants are routinely derailed into unemployment, low-skill jobs or the gig economy.

New York State is home to 295,000 of them, based on data published by IMPRINT, a research and advocacy organization in New York City. They include 60 percent of over 1,000 Turks who arrived after July 2016, according to estimates provided by a group of Turkish cultural centers in New York City.

The problem began in the 1960s, when American immigration policies started selecting for people with higher levels of education, said Amanda Bergson-Shilcock, director of upskilling policy at that National Skills Coalition in Washington. But no system to absorb them into the labor market was developed.

Among the main needs are access to language programs that improve English proficiency in newcomers’ fields of expertise; employers who understand work experience abroad, not only in the U.S.; and professional networks that can refer immigrants to skill-appropriate openings. But these assets are lacking, said Bergson-Shilcock.

Immigrants soon realize it. “I can see myself on a job interview being asked, ‘Did you work here?’ ” said a former international trade analyst from Istanbul, 40, who now drives for a living.

“There’s a lot of talk in the U.S. about diversifying the talent pool,” added a former pharmaceutical executive, 42, who came from central Turkey. “But when companies have to put it into practice, they seem unwilling to do what it takes to include people of different backgrounds.” He’s working as a marketing consultant for small businesses.

The situation is worse for immigrants whose livelihoods depend on professional licensing, like healthcare workers or teachers.

“My diploma is useless here,” said the orthopedist, who is learning computer coding because he doesn’t expect to be able to resume his surgical career.

“Coming to the U.S. was a very difficult decision,” echoed the former educator from Istanbul. And now “I have to work harder to become a teacher again.” This 30-something mother of two has been a housewife since arriving in 2016.

Academic posts are few and highly competitive, said the former professor of comparative literature. When a position opens up, universities prefer to fill it with graduates they know. “It’s understandable,” he added, “because every country’s education system is unique in terms of culture and tradition.”

He moved with his family to New York in 2014 to expand his doctoral dissertation and publish the new research upon his return home. But when his country’s political system imploded, the family couldn’t go back. He applied for teaching jobs in New York City, he says, but it was obvious that he wouldn’t be able to support his family that way.

If he could make a wish, he would ask to teach at a university again, he said.

“However, as a shop owner right now, this seems so far away.”

The loss cuts both ways. Because malemployment affects the earning potential of immigrant families, it also diminishes their tax contributions. MPI estimated in 2016 that while newcomers lose $39 billion a year in wages nationwide, the U.S. economy also passes up $10 billion in unrealized taxes.

In New York State, MPI data shows a $5 billion loss in yearly earnings and $594 million in unrealized state and local taxes. In the cases of two Turkish families in New York City, that lens shows an annual loss of $570,260 in salary and $191,278 in overall taxes.

The four adults held professional jobs in Turkey (shown in the table), but only the biomedical engineer works in New York. He reported earning about $1,000 a week as a driver for ride-hailing companies.

Both families reported living in elegant neighborhoods, enjoying the arts, charity work and having time for their families in Turkey. Now, they say, they’re anxious about finances and about learning “how to start over.”

What Else the Data Says

On a percentage basis, Turks in the U.S. have higher levels of education than both their native and immigrant peers — 25 and 26 points higher, respectively — based on 2017 data from the American Community Service (ACS).

Julia Gelatt, a senior policy analyst at MPI, said via email that there is relatively little immigration from Turkey, compared to other countries around the world. And that it’s generally true that early immigrants from a given country tend to have higher levels of both education and income than later ones.

“They can afford to make the trip even without strong ties between the homeland and the United States,” she said.

By default, if Turkish immigrants were educated entirely abroad, they would be more vulnerable to malemployment than less educated groups. In short, they would have more to lose. On the other hand, those who have received at least some education in the U.S. could be more employable.

A study that Bergson-Shilcock co-authored in 2016 showed that foreign-educated newcomers who earn even a portion of their education in the U.S. are more likely to succeed professionally. Fifty percent of the people she surveyed took that approach and did better.

However, a U.S. education is not only expensive but can also take years to acquire.

These  luxuries often elude the very immigrants trapped by malemployment.

“If I walked in my current shoes when I was 20, I am sure it would be easier,” says the former internist, 50. “But now I don’t have time to complain. I need to do my best.” She’s considering becoming a phlebotomist — a technician who draws blood — as soon as she feels comfortable enough with English.

This article was originally published on Medium. 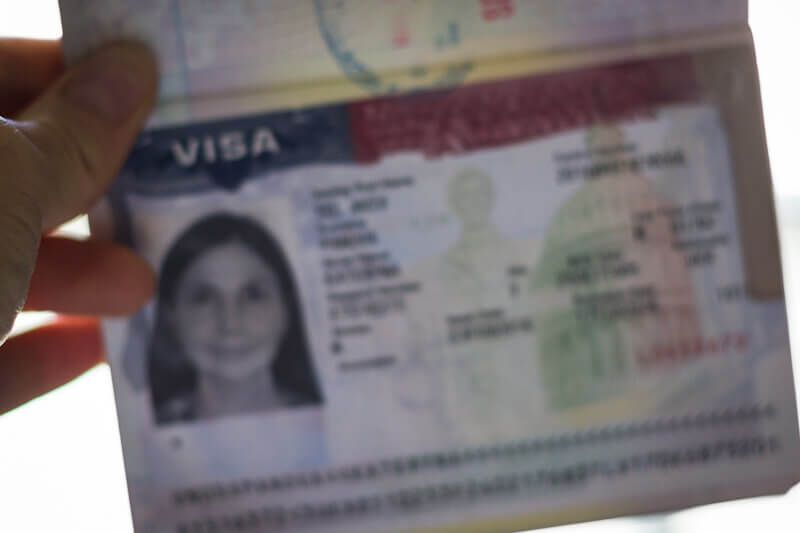 Заказать консультацию
By clicking “ОК” you agree to the storing of cookies on your device to enhance site navigation, analyze site usage, and assist in our marketing efforts.ОК